Tourism Council Meets With Aim to Develop into Positive Forum 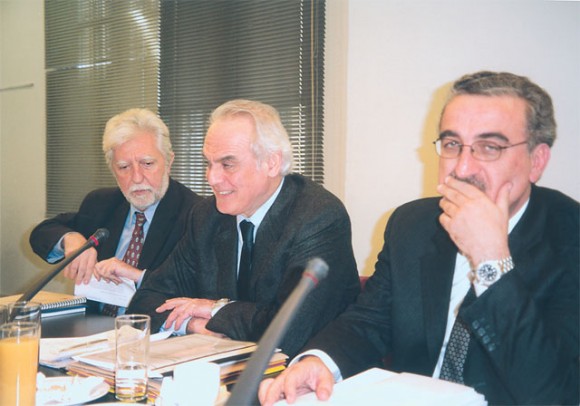 Development Minister Akis Tsohatzopoulos, after chairing last month’s meeting of the National Tourism Council, said his government plans to take steps to reinforce the tourism industry in the event war breaks out with Iraq. He mentioned the creation of a committee to propose measures to confront the situation, including economic support from government quarters. And besides a common EU stance, the minister said he expects other support measures from the side of the European Union.

From the Greek government’s side, the measures are expected to include financial breaks and some extra time to pay some amounts due to government organizations. Mr. Tsohatzopoulos said details would be worked out at a later date. Meanwhile, he said that regular national tourism council meetings would begin after the Easter holidays.

To develop the council into a more positive body, the minister said he would create a secretariat for the council and form 5-member committees made up of specialists -two from the state and three from the private sector- within a specific tourism field.

In a similar vein, he said his ministry wants to see the beginnings of the creation of a tourism chamber before the close of the first half of this year. Discussions could either center on a completely new body or changes in the hotel chamber that would incorporate the entire tourism sector and include quality certification of tourism enterprises.

Thus far, the idea of a tourism chamber was welcomed by all in the trade, including the hotel associations after it was clarified that the hotel chamber could play a major role in the creation and everyday workings of such a chamber.

Generally, he said government would enact new legislation for tourism education, place more tourism investment opportunities within the EU’s third Support Framework Program, decide on the winning tender for the construction of a conference center at Hellinikon Airport properties, and look at creating a marketing company for tourism promotion.

He also said that today’s major uncertainties, ranging from a war in Iraq to the slowing U.S. economy to the lack of business and consumer confidence, would have a major impact on this year’s tourism arrivals and receipts.

But he quickly added that the tourism industry could be on track for a “relatively good year” provided the U.S.-led military action against Iraq is short term.

He reminded that the 2004 Olympic Games are expected to boost total tourism arrivals to Greece to about 15 million and that arrivals are projected to slow down in the following year while repeat visits by tourists should boost the market in the few years thereafter.

Tourism arrivals last year were down by one percentage point according to official data, said Mr. Tsohatzopoulos, but tourism revenue was up by some 1%. Local tourism professionals insist that the drop was sharper, at about 5 percent.