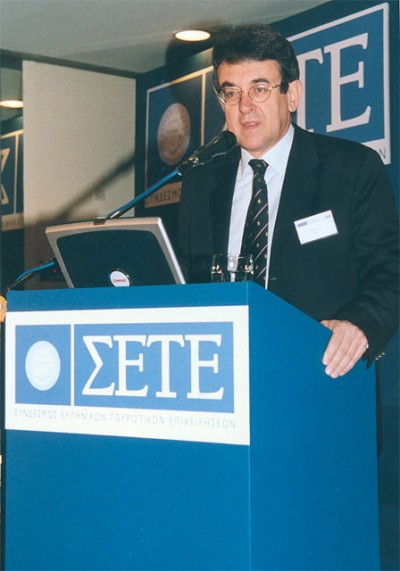 Greek Tourism Enterprises Association President Stavros Andreadis told delegates at the opening of last month’s Tourism and Development Conference, which was organized by the association, that much more money must be spent on the promotion of Greece abroad. He suggested that all the profits from Hellenic Tourism Properties, instead of just those from the casinos, go directly to advertising and promotion. He tied this to the long-time proposal of the association for the creation of a body, led by the private and public sector, to manage and execute an annual tourism advertising and promotional campaign. If we make the proper changes and work together to create strong products, said Mr. Andreadis, Greece in 10 years’ time could become a worldwide “dream destination.”

During the conference, which was broken down into three segments, specialists outlined the direction the Greek tourism sector should take regarding promotion, education, and infrastructure changes.

The first segment introduced a study carried out by JBR Hellas concerning the markets Greece should concentrate on. The study found that for the best results Greece should increase its promotional efforts within the German, Swiss, French and Italian markets and continue present promotional activities to the British, Dutch and Swedish markets.

And since special tourism products, such as golf, thalassa therapy, conferences, yachting, athletic and senior travel produce 35-70% higher revenue per visitor, the study suggests Greece concentrate more on these products.

Special speakers, such as Member of Parliament Stefanos Manos, emphasized the fact that we have a very rich tourism product but do not take advantage of it – museums, when open, are only open during hours that serve the workers there and not potential visitors to the museums. He suggested the sector should expect nothing from government but rather join with all sub sectors and fight together to improve tourism. The government will follow, he said.

The second segment centered on employment opportunities available in the tourism sector. The association presented a study it had commissioned the University of Piraeus to prepare where it was found that up until the year 2010 the sector could create 140,000 new jobs, which would absorb at least 30% of Greece’s unemployed. Speakers said, however, that there was a dire need for the improvement and further development of the country’s tourism educational system. They suggested the creation of a National Council for Tourism Education and Training.

The final segment of the conference concerned the airline industry in general and the phenomenal changes that are taking place. On an overall basis, it was found that low-cost airlines have taken a major share of the market and will continue to do so for the immediate future.

Antonis Simigdalas of Aegean Airlines told delegates that low-cost airlines this year are expected to expand into the German, French and Italian markets and that they could create a 400% increase in overall airline travel demand.