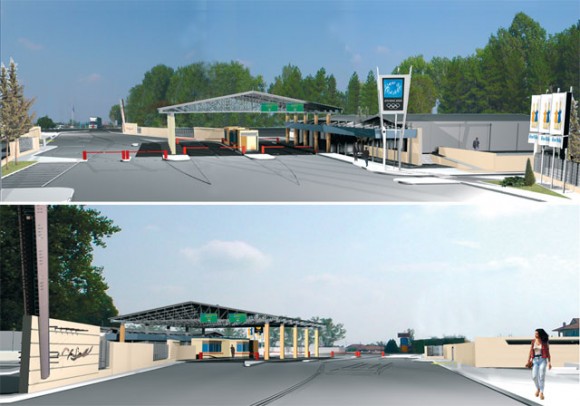 Greece’s main border points will take on a new look before the end of this year, and government promises similar works at the country’s major seaports.

In cooperation with the development, interior and culture ministries, as well as regional authorities, Hellenic Tourism Properties signed an agreement with a private-sector firm to carry out quality renovation works at Greece’s five main in-land border points: Evzones, Promahona, Kipon, Kakavias and Nikis. The projects, worth more than six million euros, begin this month and are scheduled for completion before the end of this year. The lion’s share of the budget, 44%, goes to renovation works at Greece’s busiest in-land border point, the Evzones. Works here are expected to be completed this September.

Although minor changes have taken place since the Hellenic Tourism Organization first set up these border stations in the early 1960s, this is the first time major renovation projects have been programmed.

Tassos Homenides, managing director of the Hellenic Tourism Properties, a state-owned agency that manages the properties of the Hellenic Tourism Organization, says that before the projects are completed he will propose to government that the private sector get involved with commercial units at each border point. Rents from these units would be used to not only cover the daily costs of border station operation but also to cover costs of the continual upkeep of the stations.

He said we should ensure that these stations never again fall into a state of disrepair as they have done during the past decades. He added that talks are underway to initiate similar projects at Greece’s major seaports.

Piraeus And Thessaloniki Get Lion’s Share Of Port Infrastructure Funds