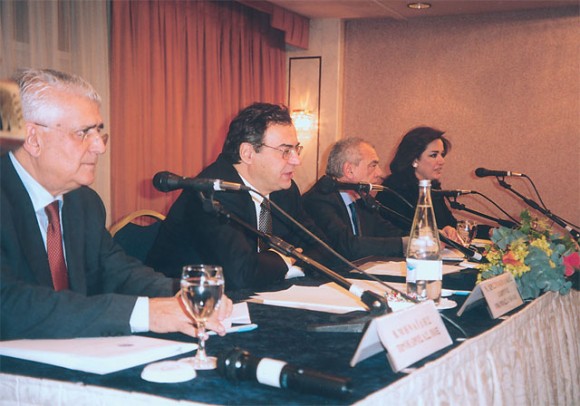 Panhellenic Hoteliers Federation President Vassilis Minaides believes that the Greek hotel sector, even though it has made major improvement strides over the past couple of years, is not competitive enough.

During a conference the federation organized last month, he said that we are not competitive with neighboring countries, neither concerning overall accommodation units nor basic tourism infrastructure.

He blamed much of the problem on the high employment costs and high (airport) taxes, as well as little help from government. Mr. Minaides said this was quite unfair since according to a recent Tourism Institute Research study the tourism sector was responsible for a 53% increase in gross national product during the period 1980-97, while the industrial sector was responsible for a 4.6% increase. During the same period, he said, tourism sector employment increased 87% while employment in the industrial sector dropped 15%.

But government not only failed to assist the sector as a whole, he said, but was very lax in infrastructure works on the country’s islands where some 70% of all foreign overnights take place. If nothing else, said Mr. Minaides, government must increase funds for advertising and promotion abroad.

Special guest speaker at the conference, Economy and Finance Minister Nikos Christodoulakis, reviewed the many positive actions taken by government in reply to Mr. Minaides.

He then went on to tell delegates that the first quarter of this year may be difficult for the tourism sector and that this might be a good year to concentrate on domestic tourism possibilities. At the same time, he called upon hotel owners to resist pressure by foreign tour operators to cut prices of summer holiday packages already agreed upon. Mr. Christodoulakis reminded that the effect of a likely war in Iraq would be temporary and pressure from tour operators on hotel owners would eventually subside.

Mr. Christodoulakis also called upon professionals related to tourism services other than accommodation to refrain from exorbitant price increases of the kind seen last year. A repetition of this phenomenon would undermine Greece’s attempt to attract more tourists in 2004, he said, and would cause problems for the future of the sector.

Athens Mayor Dora Bakoyianni told delegates that Athens and the private and public sector must cooperate to promote the many improvements that have taken place, especially concerning the radical improvements in lodging units.

She also said that the city would work on creating tourism pamphlets, information kiosks and festivals, along with upgrading the city’s police force so that it can be more forceful in inspections of tourism enterprises and general tourism infrastructure.