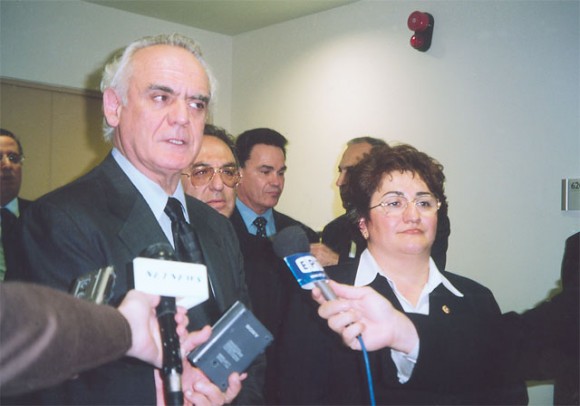 Mr. Tsohatzopoulos said this marks the first time that such an agreement between the two countries allows for close cooperation for long-haul travel to the general area from abroad. He added that soon he hoped to see the start of a new Balkan tourism cooperation agreement.

According to the Greek-Turkish tourism protocol signed, both countries will share views on tourism planning and policy and will work to promote cooperation within the maritime and ecological tourism sectors. Also included in the agreement is a proposal to create a ferry route from Smyrni to the Aegean Islands and on to Thessaloniki and Piraeus. The Greek side will look at creating a ferry route from Limnos to Imvros.

Other parts of the agreement centered on making it easier for tourists to move from one country to the other, and ways to encourage the private sector’s tourism enterprises in both countries to cooperate with common tourism packages for third country travelers.

Earlier this year, the Hellenic Association of Tourism and Travel Agents and its Turkish counterpart, TURSAB, reached an agreement to form four committees to discuss common issues in the tourism sector. The agreement was reached during a recent meeting of the groups’ officers in Istanbul.

The committees will focus on institutional issues and European Union programs, the development of tourism from third countries, air travel and vocational training and education.

The ministerial-level agreement is the latest in a series of tourism accords. Greek and Turkish officials have signed nearly a dozen agreements over the past three years on issues that include agriculture, energy, industry, trade, transport and tourism.