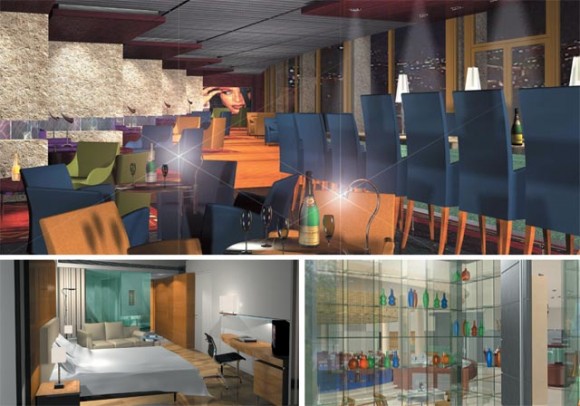 The Athens Hilton re-opened with the same fanfare it received when it first opened in 1963. Its completed multi-million-dollar renovation project makes it one of the most modern and up-scale luxury hotels in Europe.

After a multi-million-euro refurbishment and expansion program, the Athens Hilton reopened last month to the cheers and admiration of employees and special guests. The “new” unit takes on a complete new look inside and out with a particular emphasis on a modern style with lots of natural lighting effects.

The refurbishment project included radical improvements inside and outside the hotel. “It’s as if I am looking at a completely new hotel,” said one long time employee. Besides the new look, owners added 74 rooms for a total of 517, of which 119 are executive rooms with their own ClubRoom and reception area. It also boasts 10 rooms especially created for travelers with special needs.

The Hilton now boasts four restaurants, two bars, new reception and exhibition halls and a completely new and luxurious ballroom. Its new swimming pool is now the biggest of its kind in the city, complete with a modern exercise center. As well, the hotel now has its first indoor pool. The Athens Hilton was first constructed in 1963 and is considered an historical landmark of the capital. Peter Van der Vliet, vice president Mediterranean and the Middle East for Hilton International, told guests at the official opening that the Hilton was the first international hotel unit in Greece when it first opened in 1963 and since then has been responsible for many pioneering actions within the Greek hotel sector.

The Rise and Fall of Greece’s Top Name in Travel