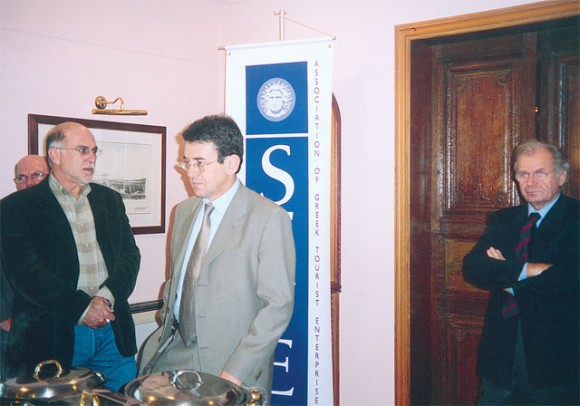 Members of the Association of Greek Tourism Enterprises expressed grave concern for Greece’s tourism industry this year. The association’s president, Stavros Andreadis, said that after last year’s drop of about 5% in overall arrivals, coupled with international events, this year will be one requiring critical decisions by both the private and public sector.

Mr. Andreadis, however, said that although the country’s development ministry continues to announce various decisions regarding the upgrading of Greece’s tourism sector, it simply puts off taking any of these decisions and forwards such to a future date.

As examples, he cited the lack of any decisions to confront the present tourism crisis, the low advertising campaign scheduled for 2003 (7.5 million euros against 35 million budgeted by competition destination Turkey), the continual postponement of development incentives, and failure to coordinate and organize the public sector tourism machinery, which results in the degradation of the tourism sector and causes an underlying fear to take important initiatives.

He said the implementation of the aforementioned is extremely important in order to confront the tourism crisis expected this year. He referred to heavy competition from neighboring destinations, the possible war with Iraq, which would be catastrophic for tourism to this general area, and the present global economic crisis. In particular, he mentioned Germany, which is one of Greece’s two major markets, where the country is going through a severe economic crisis. As well, he said, the history of the two European countries that last held the Olympic Games shows that in the year prior to the Games tourism arrivals dropped substantially compared with the year before.

And in reference to government statements that the decline in tourism arrivals last year was minimal, Mr. Andreadis said this was because the private sector created enticing packages and very low prices. Yet somehow, the government claims tourism revenue was up – the association said this was because the Bank of Greece changed its methods in calculating tourism revenue.

George Dracopoulos, the association’s manager, reminded all to attend the one-day “Tourism & Development” conference slated for February 11 at Astir Palace Vouliagmenis. This is the second consecutive year the association has organized the event. The basic aim of the conference is to discuss ways and means to develop Greece’s tourism sector.

Mr. Dracopoulos said this year would continue last year’s theme of activating plans to achieve aims for tourism development up to the year 2010. As well, discussions will be held on developments in the airline sector and the repercussions these will have on the Greek tourism sector. All major topics will include a series of presentations by specialists in their field, which will be followed by open discussions. (As we go to press, the Attica Prefecture’s secretary general, Michael Kyriakidis, announces that he will call for bids on a tourism promotion campaign of Attica worth 7.3 million euros. The campaign will concentrate on the 2004 Olympic Games and all that the Attica area has to offer visitors.)