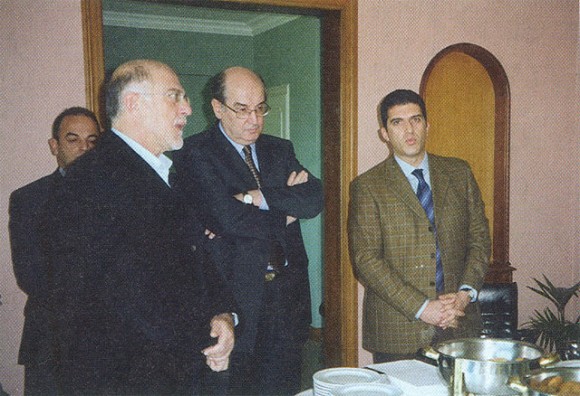 Nikos Angelopoulos, vice president of the Association of Greek Tourism Enterprises, told its annual Christmas press gathering that he and the association were not optimistic for tourism possibilities in 2002. He said association sources foresee a possible drop in arrivals from both of Greece’s major markets, Germany and the United Kingdom.

“Tourist arrivals in 2002 are expected to remain stagnant at this year’s levels but should make a strong recovery in the subsequent years due to the 2004 Olympic Games,” he said.

As far as 2001 is concerned, he said, the year was marked by special offers and a drop in foreign exchange receipts. “The results of the September 11 terrorism attack directly affected the Greek market with conference tourism and the Athens area being the main victims.”

This appears to remain a problem and other sectors and areas will feel part of the pinch. Tour operators have not only seen a drop in bookings but also say they will no longer forward partial payment of rooms booked in advance. They are also demanding a drop in prices for 2002.

Mr. Angelopoulos added that even though tour operators apparently have booked additional airline seats for 2002, this does not necessarily mean that these will be used for Greek destinations.  Christos Antoniou of Plotin Travel added that so far bookings toward the Mediterranean are down as much as 50%.

Mr. Angelopoulos also proposed measures to boost the industry in the long term. Among them were the setting up of a body through which tourism operators could voice their opinions (stronger than present tourism council), and the creation of a tripartite body that would be composed of the government, the private sector and local authorities to promote the tourism sector.

Association members from the airline sector also made some bold remarks. Theodoros Vassilakis of Aegean/Cronus said the Greek private carrier was having a difficult time but did not expect it to end up like Axon, which closed all operations. He said fares were low and that just 30% of a domestic airline ticket goes to the carrier.

To become viable, the airline needs an additional 14.68 euros per ticket and that can come from a decrease in the taxes each passenger pays when a ticket is purchased.

In the meantime, he said the airline would increase its charter flights. So far, he said, we have signed a number of agreements with tour operators abroad.

Stelios Golemis of Goldair Handling said companies in the ground-handling sector have invested a tremendous amount of money in setting up private companies but that government-owned companies are making it very difficult for the competition.

Georgos Dracopoulos, the association’s general manager, reminded that the association plans to hold a conference on tourism and development on February 28, 2002 with the objective of drafting a strategy for the industry.