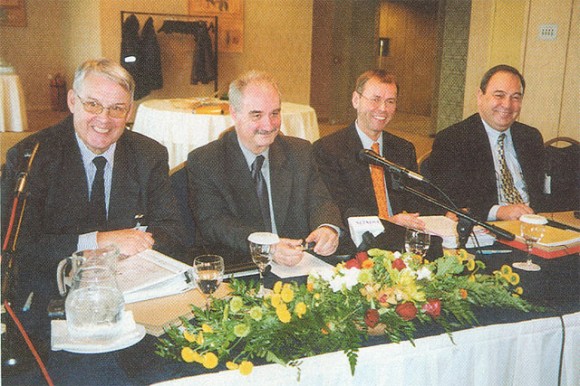 European Union travel agencies may be suffering somewhat financially, but for the moment the repercussions from the September terrorism attack are not near as bad as first anticipated, said Carl Axel Rheborg, president of ECTAA, which is the group of national agents and tour operators’ associations within the European Union.

Mr. Rheborg, speaking at the group’s biennial conference held in Athens, said that few, if any, travel companies were forced to close because of the attack. He cited two basic reasons for the premise. First, because the attack came after the peak tourism season when some 70% of revenue had already been rung up and second, because most companies were already cutting costs to a general economic slowdown, But a truer picture will be shown during the first month of next year, he said.

Many big travel concerns are spending available capital to keep people working, but “by early next year that capital will be exhausted,” he said. “And if sales do not pick up we will see some bankrupt travel companies as well as bankrupt airlines, and I refer to major airlines.”

Tourism, fortunately, is picking up. The group released data that shows people are traveling, albeit within Europe rather than to long haul destinations.

Michel J. de Blust, the group’s secretary general, said he was optimistic, both for travel in general and for the tourism sector.

“The crisis has lead the European Commission to realize the importance of the tourism sector to the economy in general,” he said, “which may prove very beneficial regarding measures to help its development.”He particularly mentioned the possibility of the promotion overseas of Europe as a destination with funds supplied by the European Union.

He also referred to projects the group has been working on that,if fruitful, should inject some power into the sector. One project is a new EU directive regarding value-added tax and its payment. Another centers on the “boss-servant relationship” between airlines and travel agents.

After four years of discussions with airlines, said Mr. De Blust, we have made progress and by the end of this year or early next year we expect a final agreement. The agreement would include a 90- to 180-day lead period before any changes in current agreements are initiated.

He also said he wanted a more balanced agreement whereby agents and tour operators would be part of any proposed change, and a general modernization of the IATA passenger sales agency agreement. He said that agreement was penned some 40 years ago and includes stipulations and regulations that simply need not apply today for IATA agency membership.