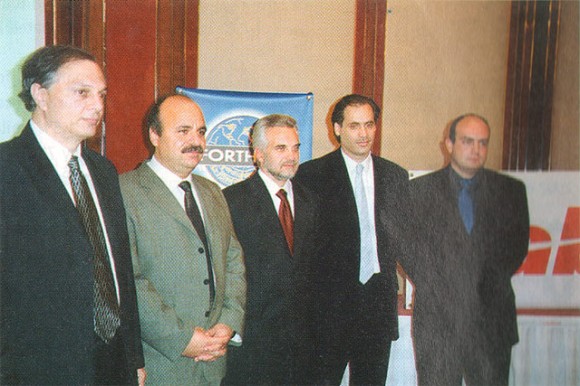 The commercial cooperation between FORTHcrs, a Forthnet subsidiary, and Sabre Hellas, a Sabre Inc. subsidiary, is now official. Both parties announced a cooperation agreement last month that centers on new and complete solutions in electronic booking and ticket issue.

These solutions are addressed to airlines, shipping companies, and other transport or tourism-related enterprises (hotels, travel agencies, etc.), which are given the opportunity to access the Forthcrs and Sabre Hellas reservation systems through an interface.

Just recently, Forthcrs reached an agreement with Minoan Lines and Anek Lines. The central reservation company, set up this past summer, also cooperates with the Lesvos-based passenger shipping company Nel Lines, which is partly owned by Anek Lines.

For coastal shipping, Forthcrs says it hopes to sign up 600 agents by the end of 2001 and up to 800 agents online by May 2002. It also expects to offer online services to the major passenger shipping companies in the country, as well as to travel agents for hotel bookings and tour packages. Other online services will include rail travel, cinemas, theaters, sports events and eventually even campsites, says the company.

Forthcrs says it also plans to expand its range in the future with linkups with shipping companies and travel and tourism agencies abroad, as well as setting up offices in the major tourist destinations.