Around The World With SkyTeam 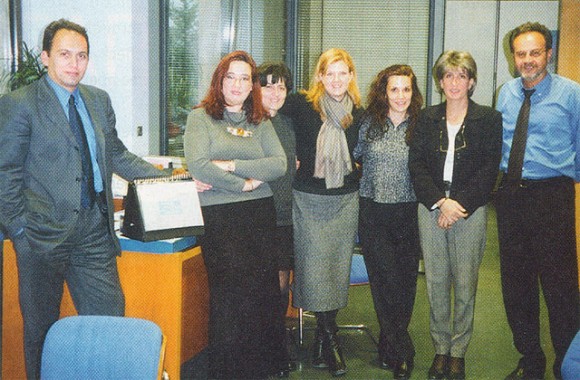 Stephanos Taioglou, sales manager for Discover the World Marketing, the GSA in Greece for Aeromexico and CSA Czech Airlines, and Iro Passas, sales representative for Delta Airlines in Greece, take a moment during SkyTeam’s lightning promotion tours to pose with Elias Sofantzis, manager of Athens-based Altair Travel, and his staff.

Some 18 sales representatives from local SkyTeam offices -Air France, Aeromexico, Alitalia, CSA Czech Airlines, Delta and Korean Air- called on 75 travel agencies in Athens and Thessaloniki during a recent short 3-week period. They presented the four new “Around the World Tour” products created by the airline alliance, as well as its newest member, Alitalia.

Agents found the around the world tour tickets range in price from a mere 1,899 euros to 8,749 euros. Packages allow passengers to pick and choose from three to 15 stops to almost any world destination – SkyTeam members serve a total of 472 destinations in 112 countries with more than 7,090 flights daily. The stops can be made anywhere within a period of 10 days to 365 days and the price depends on the number of miles you want to travel.

Although travel agents said they were pleased to see airline representatives during this difficult time, they emphasized that air travel sales were down. But after the SkyTeam’s ‘around the world’ presentation, they became rather excited. The packages, they said, seem ideal for the businessperson that travels frequently to various destinations (sales people and international business units).

For the general public, however, they said the present situation had to revert back to the days like those prior to September 11. 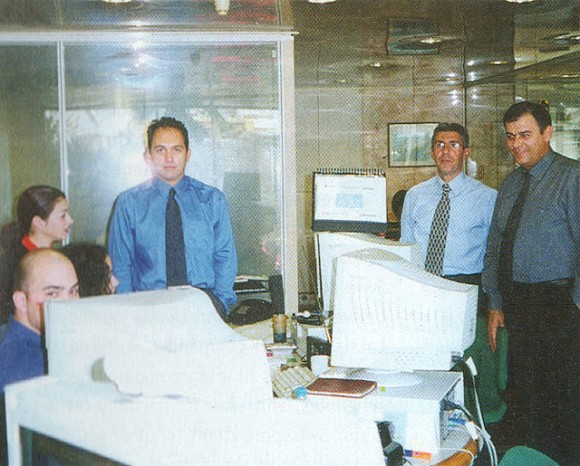 To the right, Haris Koszatsanis, manager of Piraeus-based Golden Travel, and Thanassis Cavdas, sales manager in Greece for Korean Airlines, get Golden employees to check out the SkyTeam Internet site. Standing in the center is Stephanos Taioglou, sales manager for Discover the World Marketing, the GSA in Greece for Aeromexico and CSA Czech Airlines.

On the presentation of SkyTeam members, agents found that Aeromexico was the most punctual airline in the world, that Air France was the number one hub in Europe for connecting opportunities, that CSA was likely the most convenient gateway to Eastern Europe, that Delta was the number one carrier in the world in passengers carried and that Korean Air was the perfect gateway to Asia and Oceania.

These include: Services of uniform standards; Free access to 289 lounges around the world for first business or SkyTeam elite plus frequent flyers that travel on the same day; Guaranteed reservations, even when the flight is full, for SkyTeam’s elite plus members with economy full fare tickets as long as they book 24 hours prior to the flight; Selection from 7,091 flights to 472 destinations; Possibility to choose prices for more destinations; Connections through an extended worldwide network; A single check-in procedure for connections among SkyTeam members; Uniform SkyTeam procedures for passenger convenience; Passenger information at any of the members’ 1,135 ticket offices around the world; And special in-flight services tailored to passengers’ needs.