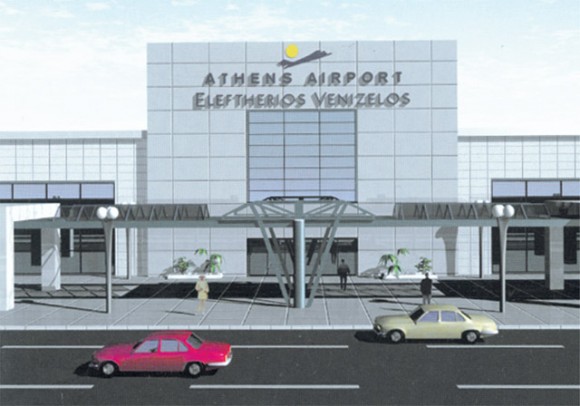 Athens’s new Eleftherios Venizelos airport at Spata, 13 kilometers out of the capital, last month was handed over by the Hochtief-led consortium that built it in just over four years to the company that will undertake the management until 2030 (The Greek state has a 55-percent stake in the management company, Athens International Airport, while the consortium holds the remaining 45 percent).

Following the first test flight in June, landings and tekeoffs have been taking place on an almost daily basis, while, 3,500 volunteers have been helping with tests regarding the functioning of the airport.

“This project was carried out with full respect to transparency, legality and safeguarding the interests of the Greek State, without exceeding the initial budget and on time,” Public Works Minister Costas Laliotis said during the ceremony.

The new airport cost 658 billion drachmas and is scheduled to receive its first commercial flight on March 1, when it will replace the Hellenikon airport. But there are problems. The 46 airlines currently served by the Hellinikon airport say a vital new road link to Spata has yet to be completed. They also complain that airport dues are excessively high.

Minister Laliotis, however, has pledged that a section of the planned Eleusis-to-Spata highway that links the airport with Yerakas east of Athens will be ready by March 31. He also promised that other changes to the road network will make transportation to and from the Eleftherios Venizelos airport easier than it is now from Hellinikon Airport on the capital’s south coast. Completion of the rest of the project, along with the Mount Hymettos ring-road, has been postponed for 2003.

Other problems include technical difficulties that may pose a risk in securing operational licences.

Olympic’s Fares Increase By As Much As 54%