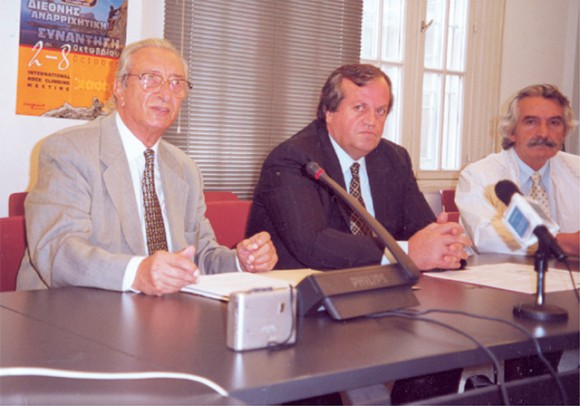 Greece’s potential as a unique destination for rock climbers was explored last month by climbers from 11 countries during the Kalymnos 2000 International Rock Climbing Meeting organized by the Kalymnos municipality, the Hellenic Alpine Club and brother European organizations.

At a press call to announce the event, Kalymnos Mayor Dimitris Diakomihalis said this would be the first time Greece hosts such a meeting. He said that up until now Greece has been known more for its impressive beaches than its vast wealth in mountainous regions.

Kalymnos, he said, is the perfect example of a destination that could contribute to the government’s efforts to promote alternative forms of tourism, such as rock climbing, so as to both lengthen the tourist season and to ensure the long-term viability of the industry.

“This island has great prospects,” said the mayor. “Our aim is to entice not only the amateur and professional rock climber, but also the ordinary tourist who enjoys a climb or a walk through mountains.”

Epaminondas Nikas, president of the 3,000-member Hellenic Alpine Club, outlined some data on the sport. He said Austria alone has some 80,000 registered climbers. Furthermore, he said rock climbing expeditions had assisted in the tourism development of the villages in the northwestern Greek region of Epirus.