Greece And The Travel Industry Loses A Man Of Ideals 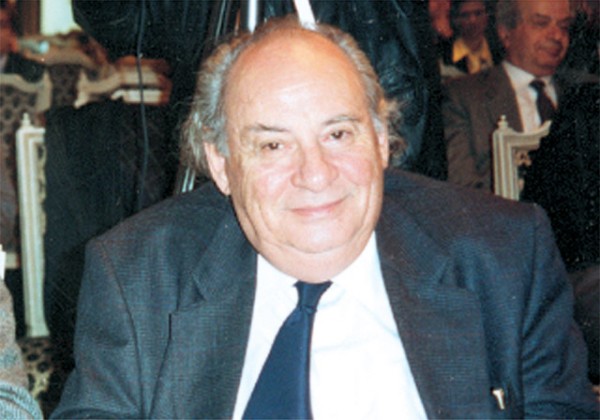 On September 19, Greece’s travel trade professionals paid their last respects to one of the industry’s most well-known and well-liked travel and tourism pioneers, Dinos Arvanitis.

Dinos Arvanitis was a long-time member and executive of the Hellenic Association of Travel & Tourism Agents – he was elected president four times running and was responsible for government finally realizing the importance of tourism to the economy. He was also a member of the Hellenic Tourism Organization’s board of directors, a member of numerous informal government tourism councils and he was one of the 20 that worked out the PASOK party’s tourism program.

At the tender age of 24, Dinos Arvanitis, the son of a well-off Athenian silk merchant, opened the country’s 18th travel office. The year was 1950. Greece lay wounded with deep lesions from a world war and then a civil war – Dinos had been a member of the organized youth resistance movement.

Impressionable Dinos Arvanitis, a law school graduate and the son of a well-off Athenian silk merchant, wanted to do his part to stop wars. He felt that if he could bring Europe’s young people together through travel, perhaps the understanding acquired and the friendships gained would make a difference.

In his first years as a travel agent, in partnership with an experienced ticketing agent, the agile Dinos was popping up all over the place. Before long he was on his own agency and brought French, Italian, English, German, Russian and Czech youths to Greece. Being a man of ideas as well as ideals, the young Dinos knew he needed something special to attract youth to Greece. So, in 1956, a time when Greece welcomed a meager 300,000 tourists, he built the country’s first holiday village at Lambiri, near the seaside. Its simple bungalows and huts housed about 400 youths during the summer. But most club visitors were from France and Germany. This was hardly the nationality mix he had hoped for. So, in l958, Dinos Arvanitis and 14 others like him throughout Europe, founded the International Federation of Youth Travel Organizers. (Arvanitis Travel was a member of the student travel association at the time, but he felt special discount prices should be made available to youth up to 25 as well as students.)

With the help of French and German members, Mr. Arvanitis secured close contacts with East European countries. From l963 until 1967, they held annual congresses in Prague. East European youths were getting their first taste of Greece.

To continue to increase arrival numbers, however, new ideas were needed. Mr. Arvanitis was one of the first to buy a caique and to introduce students to Greek island hopping. It was now time for change.

He sold the Lambiri holiday village to Club Med in l964 and purchased the Kalogria Beach hotel. By 1970, he was ready to branch out into the business travel market. Arvanitis Travel was one of the first in Greece to get into conference organizing and one of the first to get into incentives in Europe.

Dinos Arvanitis gave the business world the same amount of energy he had exerted in the youth travel.

Although Greece was not one of the six members of the Common Market, Arvanitis Travel was the seventh member of the Common Market Travel Association. Each worked as a gateway to Europe from specific destinations. Mr. Arvanitis got the Australia and Japan market and was the first to bring these nationals to Greece. He also was one of the first to promote Greece as a meeting and convention destination.

Mr. Arvanitis married a French journalist. Their son is a well-respected scientist that travels the world for the French government.