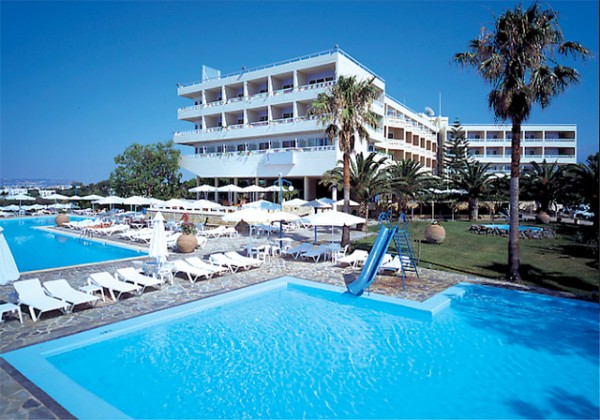 With all rooms now totally renovated, the group will begin the complete redesign and redecoration of the hotel’s common areas. Zenios Loucas, Panorama’s general manager, says the new areas will emphasize comfort and add elements of health, leisure and beauty in line with a deluxe hotel category hotel.

Besides all the amenities found in an up-market first-class unit, the Panorama, with 138 rooms and 29 suites, hosts a conference center, two swimming pools, restaurants and athletic center. Rooms now have a unique style that combines the hotel’s Cretan character with Greek-island detail on the wood, marble and wall finishings, as well as through the color schemes.

The Leptos group boasts a total of 12 hotel units on Cyprus and six units on Crete. It plans to continue rapid expansion plans either through buyouts of present units or through the construction of new units on land already owned by the group.