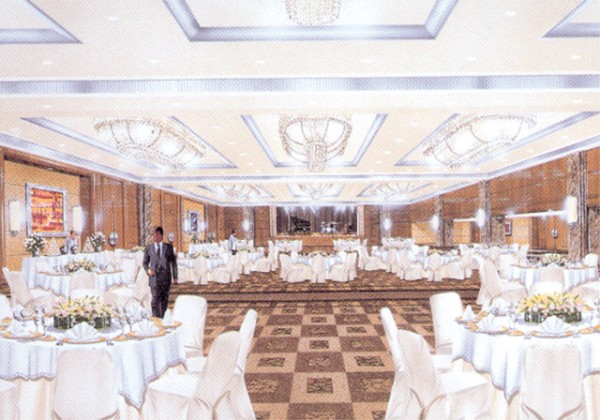 The biggest conference venue within the City of Athens, the ballroom at the Athenaeum InterContinental hotel, is undergoing extensive renovations worth 950 million drachmas.

Works began at the end of May and involve the overhaul of the entire floor on which the ballroom is located, including adjoining rooms and the lobby. The facelift is due to be completed within the first 10 days of September as a function has been booked for September 12.

French designer Pierre Yves Rochon has taken into account every last detail and promised an innovative result, says the InterContinental. “Everything is changing to give the venue a contemporary, innovative design. New colours and furnishings, new decoration, ….”

The venue also gets ultra-modern lighting, state-of-the-art audiovisual technology, ergonomic seating and a new menu will feature at the venue which can cater to 2,200 people. The renovation of the ballroom forms part of the hotel’s general modernization program began in 1996 with the creation of two executive floors.

All nine floors of the building have been given the royal treatment.