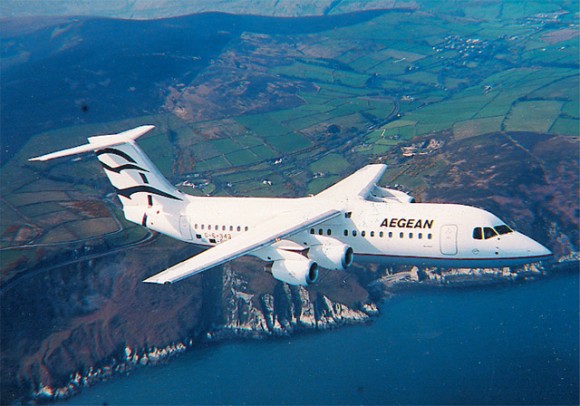 Aegean Airlines announced that it was about to add two more four-engine Avro RJ 100 turbo-prop passenger aircraft to its fleet.

Aegean Airlines said it invested more than 50 billion drachmas in the past 12 months in an effort to expand its activities in the domestic air market.

The company operates 84 scheduled flights in 11 domestic destinations daily. Its average passenger load rate note exceeds 75 percent and the airline has carried almost one million passengers in the last 12 months.