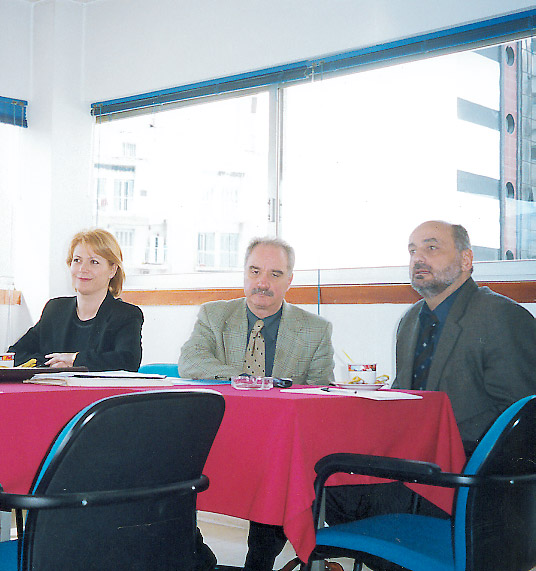 One of the first moves by the newly-elected president of the Hellenic Association of Travel and Tourism Agents (HATTA), Yiannis Evangelou, was to call the trade press corps to a working breakfast. The new president wanted to outline his plans for the association.

Basically, Mr. Evangelou intends to concentrate on informing members of the changes taking place within the sector and those that are about to take place within the next few years. This will be done not only by paper and electronic means, but also by face to face contact. A major emphasis will be placed on visits to the provinces with each being visited at least twice a year.

In the meantime, he said, cooperation agreements and mergers within the sector, as well as the implementation of new technologies, was the way of the future. “Only in these ways,” said Mr. Evangelou, “can we protect the travel agency profession. With the above as basic provisions, we can confront the dangers being faced by the sector from home and abroad.”

He said the dynamic growth of big international tour operators and their expansion into every destination where they send customers is a very real threat. As well, the rapid acceptance of e-commerce places today’s travel agent into an extremely competitive marketplace.

“Our basic aim, then,” said Mr. Evangelou, “is to push for a general effort to strengthen our profession.” Within the following months, the association’s new board of directors said they will work toward the encouragement of cooperation agreements within the sector. Tied to this effort, will be a push for government legislation that would create incentives for agency cooperatives.
And to confront the threat of e-commerce, the board will push for agencies to adapt new technology.

Already, according to Mr. Evangelou, a number of Greek agencies have created an entire network for the promotion of tourism packages and services. He said that at least two of these networks will be up and running very shortly.

Eleni Papadopoulou, the association’s secretary general, added that we could expect some very impressive cooperation announcements from the sector in the very near future.

Separately, the new president outlined a potential cooperation agreement with an insurance firm for the full coverage of agencies concerning organized travel. The cost of the coverage is expected to be very competitive.

As for travel agency revenue this year, the board expressed optimism. Of special interest is the increase in packages from Greece to Turkey, said the association’s vice president, Michael Zorpides.

“The improvement in relations between the two countries has sparked strong interest in travel from here to Turkey. Just from Thessaloniki, we have at least 30 groups of about 1,000 Greek tourists that will travel to Istanbul over the Easter holidays.”