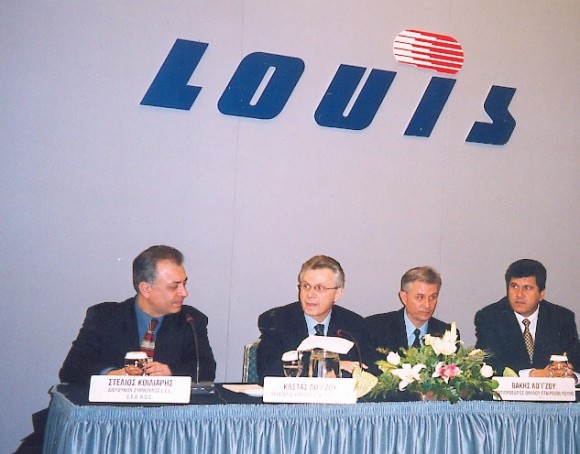 One of the many aims of the Louis Group of Cyprus is to fly the Greek flag on its cruise vessels. “It’s a shame Greek ships do not fly Greek flags,” said the Louis Group’s chairman, Costas Loizou, at a recent Athens press conference, “as this is in Greece’s interest and in the interest of the company.”

He said he would do everything in his power to put his ships under the Greek flag and that discussions concerning this are already underway with the Greek merchant marine ministry.

Mr. Loizou said his company intends to bring Hellenism to the world’s cruise leaders and “with the recent purchase of controlling interest in Royal Olympic Cruise Lines we open new horizons for the development of East Mediterranean cruises.”

Now that the cruise line has expanded, he said, will can strengthen our position in the marketplace and help Piraeus become the center for East Mediterranean cruises.

He added that the arrival of two new cruise vessels for Royal, which will be the world’s fastest, will give a new dynamism to the company and at the same time open another dimension in the international cruise market.

Besides its cruise line, the Louis Group owns and operates 23 hotels in Greece and Cyprus, It also owns a new airline called Capital Airlines and a number of travel agencies. Mr. Loizou said the base of his group’s operations is the Louis Tourist Agency Network. The group has travel offices in Cyprus, Greece, London and Moscow. These agencies cater to about half a million tourists a year, which corresponds to 30% of all the incoming tourism to Cyprus.

The Louis Group’s chairman also announce d he would soon place the 23-hotel group (10 in Greece) on the Athens bourse. For 1999, the group posted a profit of $10.3 million, which marks a 2.15% increase over the year before. Those figures include the losses incurred by Royal in 1999. 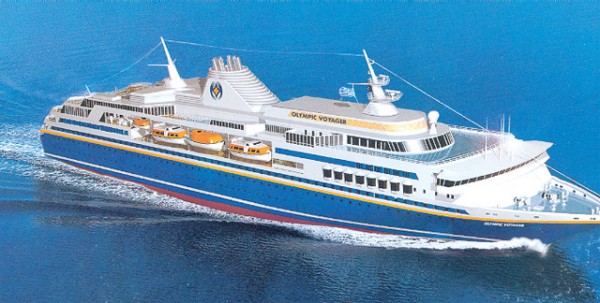 Shares in Royal Olympic Cruises Holdings Inc have been transferred to Louis Cruise Lines Ltd., as part of the latter’s purchase of a majority stake in Royal. The stocks represent 70% of the share capital of Royal Olympic Cruises Lines. The transfer took place at the Cyprus stock exchange.

In a statement, Royal said that this move opened new horizons for the company in the eastern Mediterranean and increased its competitiveness in the global tourism market.

Louis Cruise Lines Ltd. will release to the market the entire package of the Kioseoglou family’s shares and a portion of stocks belonging to the Potamianos family, which, together with Louis Cruise Lines, has a majority stake in ROC. Alekos Kioseoglou and Eleni Potamianou have joined the Cypriot firm’s board of directors.