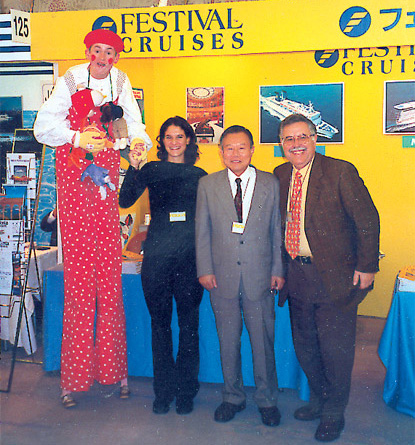 Festival Cruises, after launching its new Mistral cruise vessel last summer, ordered another two vessels at a cost of 340 billion drachmas. And that’s just the beginning. The line expects to double its fleet to eight by 2004.

George Poulides, chairman and CEO of the cruise line, announced last month that the first two new vessels will be named European Vision and European Dream. The first will be delivered in June of next year and the second in April of the following year.

With the addition of the two new 750-cabin vessels, Festival will boast of fleet of six modern cruise vessels.

Mr. Poulides added the company was in the process of closing an order for yet another two new vessels. This time, the ships will be even larger with a capacity of 2000 passengers each. If all goes according to plans, the vessels will be delivered in 2003 and 2004. The company plans to list on the Athens Stock Exchange this year.