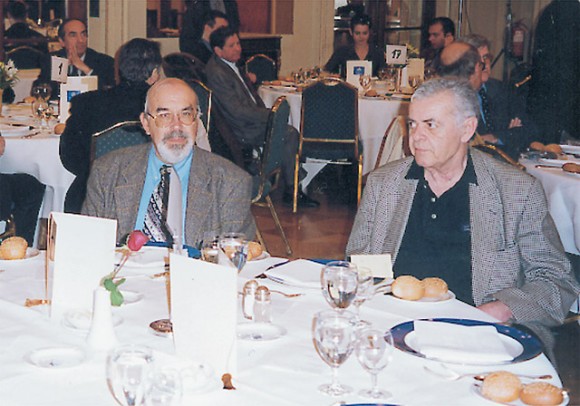 Greece’s hoteliers have finally accepted rental rooms and apartments as official holiday lodgings and have agreed with the adoption of the “key” category system for rating these lodgings. Owners of rental rooms and apartments, in the meantime, have adopted the unofficial slogan “Holidays with key in hand” ahead of the imminent introduction of the new official rating system.

At a recent session of the national tourism council, its chairman, Development Minister Evangelos Venizelos, announced that a presidential decree had been drafted on the “key” rating system that applies to existing rented rooms and apartments. The system is similar the star categories used by the international hotel industry.

He said he was pleased that the first major step in government efforts to boost the quality of the tourism industry concerns rented rooms and apartments which, “oftentimes, we ignore or downgrade.” He added that these lodgings make up 50 percent of all tourist accommodation in Greece, contribute to gross domestic product and provide employment. Because of their affordable prices, these lodgings have proved a popular choice for Greek travelers. But since most were in private homes and without any type of credibility, numerous tourists have complained about the conditions of certain units and lack of services provided.

Now, with the key system, the government hopes to wipe out the “black market” in rooms and establish a reliable form of lodgings that are categorized according to the quality of room and service each offers.

Qualifications for each of four key categories have been agreed upon by the Hellenic Tourism Organization and the Federation of Room and Apartment Rental Owner Associations. The basic idea is for the rooms to retain their family character, friendliness, the direct owner-client relationship and their appeal to tourists seeking an alternative to hotels. Secondly, it intends to improve the quality of the units and their services and to ensure that the categorization of each unit is clear and not subjectively evaluated.

The key system is divided into two sections, namely obligatory and graded criteria. The former relates to basic technical requirements, cleanliness, and room dimensions among other elements. The latter goes into greater detail and gives operators extra points if their rooms are located in especially nice areas, such as in a traditional housing settlement. “In reality, the quality of the operations and their services is more important than any added element of ‘luxury’,” said Mr. Venizelos.

He ordered that the draft decree on the key rating system be forwarded to the Council of State before the end of February. The Federation of Room and Apartment Rental Owner Associations’ president, Stelios Polykratis, welcomed the announcement with the presentation a golden key to Minister Venizelos.

In the meantime, the tourism organization has created another working paper on the much-debated star rating system for hotels. Mr. Venizelos said it would be distributed among industry representatives and their comments are expected by the end of February so that any necessary changes could be made and the proposal could be  implemented.