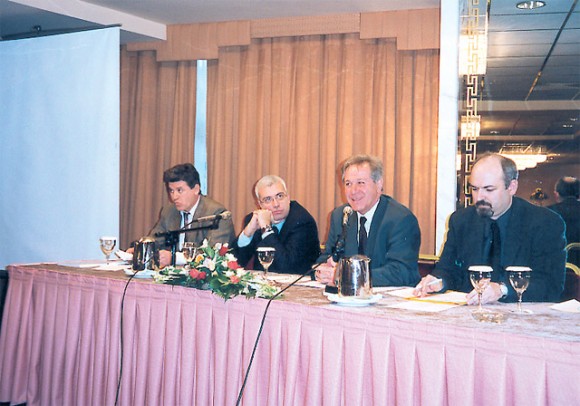 With at least 646 million drachmas annually for the next five years, the program’s creators hope to increase tourism to the general Attica area, promote the many-sided and unique picture of Attica as an ideal tourism destination, and inform tourism professionals at home and abroad on the plethora of benefits Attica offers as a destination.

Panayiotis Hamakiotis, secretary general of the Region Secretariat, explained that he could get more mileage out of every drachma spent with a common promotion of the entire Region Secretariat, as compared with forking out small amounts of promotion funds to each municipality to promote on its own. To ensure the job gets done properly, the entire effort was turned over to a professional project manager, Adel/Saatchi & Saatchi.

So far, the company has created an Internet site for the Region Secretariat (www.attica.gr), five glossy Attica information brochures for handing out at events such as major European tourism fairs, and an overall advertising campaign both at home and abroad.

The campaign abroad deals mostly with trade journals and direct mail, while the one at home concentrates on enticing Greeks to Attica. Close completion is a tourism profession’s directory that includes all information on the area. It should be ready before the Easter holiday season. Funds for the program come from the European Union and central government coffers. Antonis Platanias, special councilor to the Region Secretariat and responsible for promotion strategy, said he hopes that the private sector will see the benefits of the program and invest accordingly.