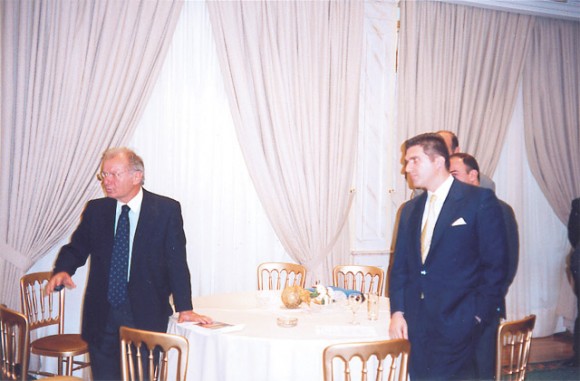 The Association of Greek Tourist Enterprises (SETE) has forwarded a letter to the Hellenic Tourism Organization‘s general secretary Evgenios Yiannakopoulos pointing out that the tourism sector can reap enormous benefits from Athens’ hosting of the 2004 Olympics.

“At this stage, the biggest challenge the tourism industry faces in relation to the Games is in the field of communication. Never has there been a greater need for a dynamic communication policy which will contribute decisively to the development and promotion of Greek tourism,” the letter read.

During the Greek Olympic Committee’s visit to Sydney, in which SETE also participated, the Greek tourism body had the opportunity to come into contact with the Australian Tourist Commission (ATC), which focuses on coordinating private and public bodies in the field. In the letter, SETE presents the ATC as a good example which EOT could follow in forming a private corporation to deal with the promotional and advertising needs of the Greek tourism industry. The ATC has an annual budget of 24 billion drachmas in a country which attracts 4.1 million arrivals yearly and whose tourism industry earnings represent 10 percent of gross domestic product.

Separately, as part of its efforts to raise the quality of the Greek tourism product through cooperation between the public and private sectors, the Association of Greek Tourist Enterprises (SETE) organized for Greek local authority representatives to visit Costa del Sol in Spain last month. The trip, supported and co-funded by the Hellenic Tourism Organisation (EOT), took place from December 2-5.

The Greek delegates met with their Spanish counterparts for discussions on tourism infrastructure planning at a local level, as well as tourism development issues.